Cabriolet. I have found the corps of an old Russian radio receiver in an old parent’s attic. The idea what to do with it came up not at once, therefore, for some time it was thrown to the corner. Probably everything has its time… One day I took it to the daylight, turned up and then I came up with the idea to make a car – old, threadbare, rusty vintage metal  cabriolet . As far as the corps is made of a real radio I wanted to match everything to such a topic. I came up with the idea that a sitting driver listening to a radio station M-1 would perfectly fit, moreover, that is one of my favorite radio stations, therefore, I got down to carry out the idea. 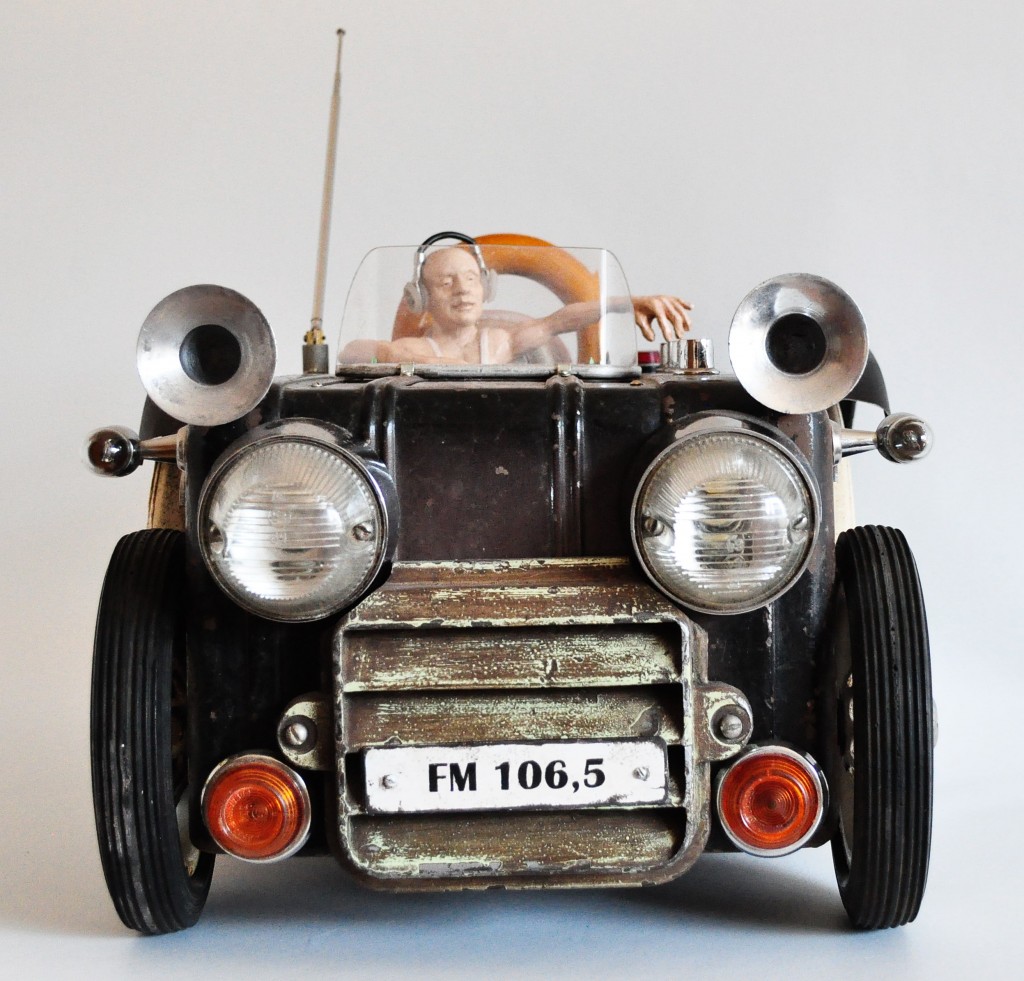 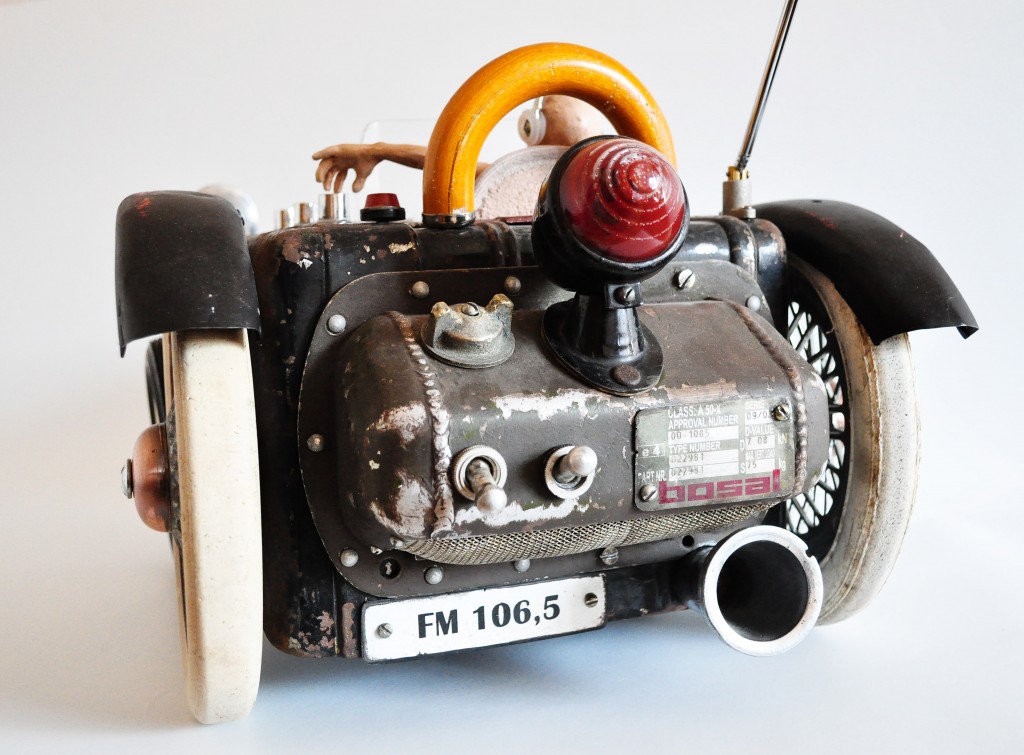 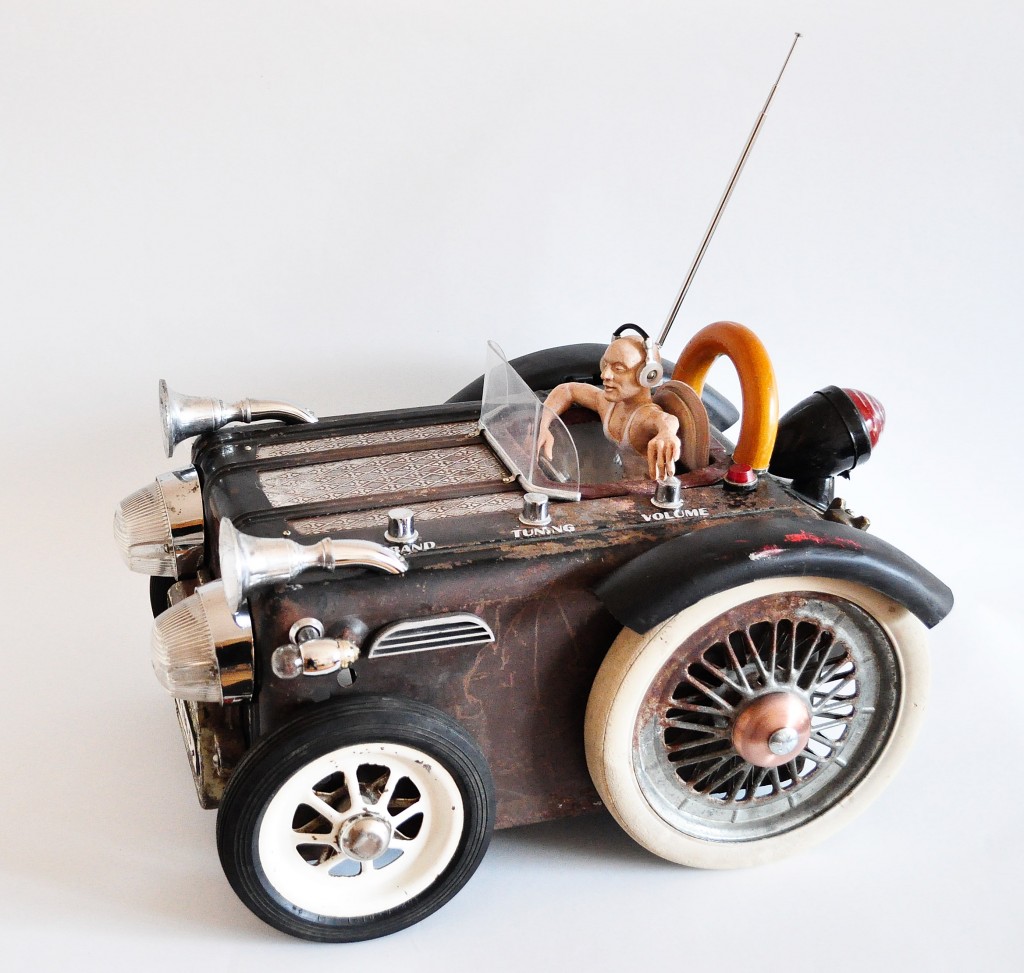