Ostrich metal. As soon as I noticed an ostrich I understood that it can be a good object to fulfill my ideas. That’s a bird symbolizing speed, power and gracefulness. The main detail which the creative process began with was the bend part of the saxophone. Her graceful bending matched with the neck of an metal ostrich.

However, no matter what fast it is, its end is clear enough. The ostrich is standing on the frying pan, truly, upside-down… 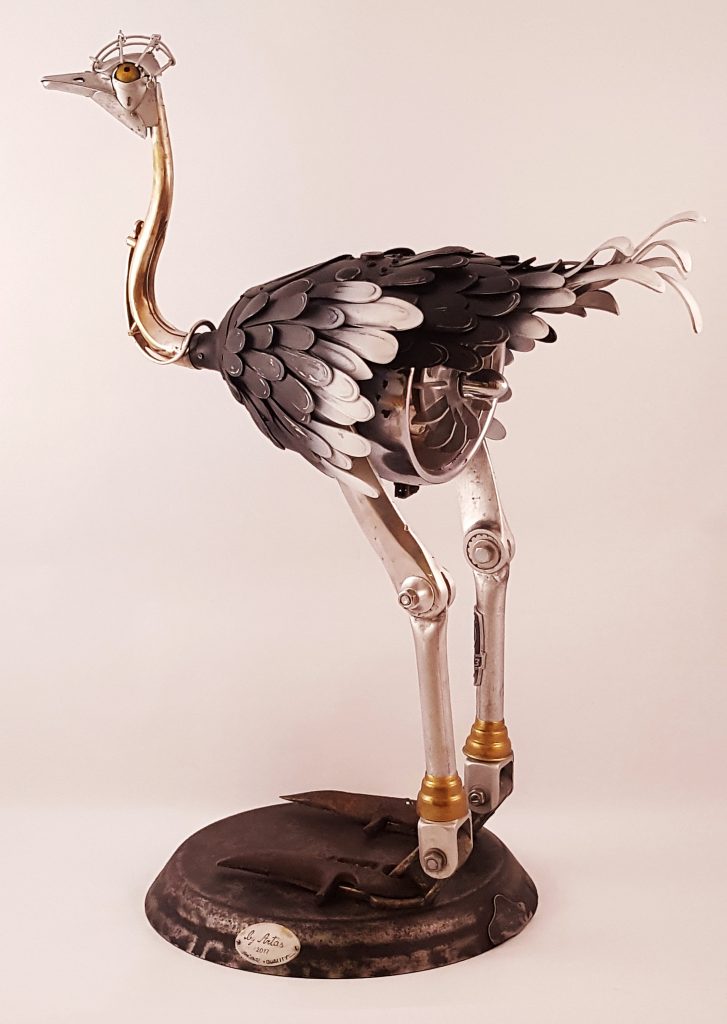 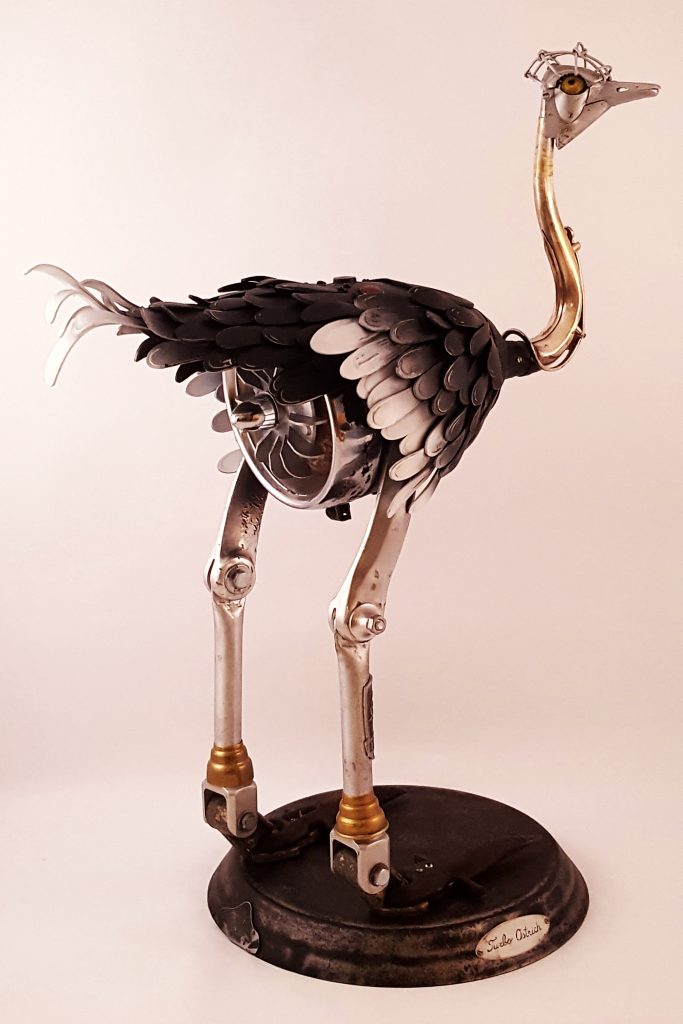 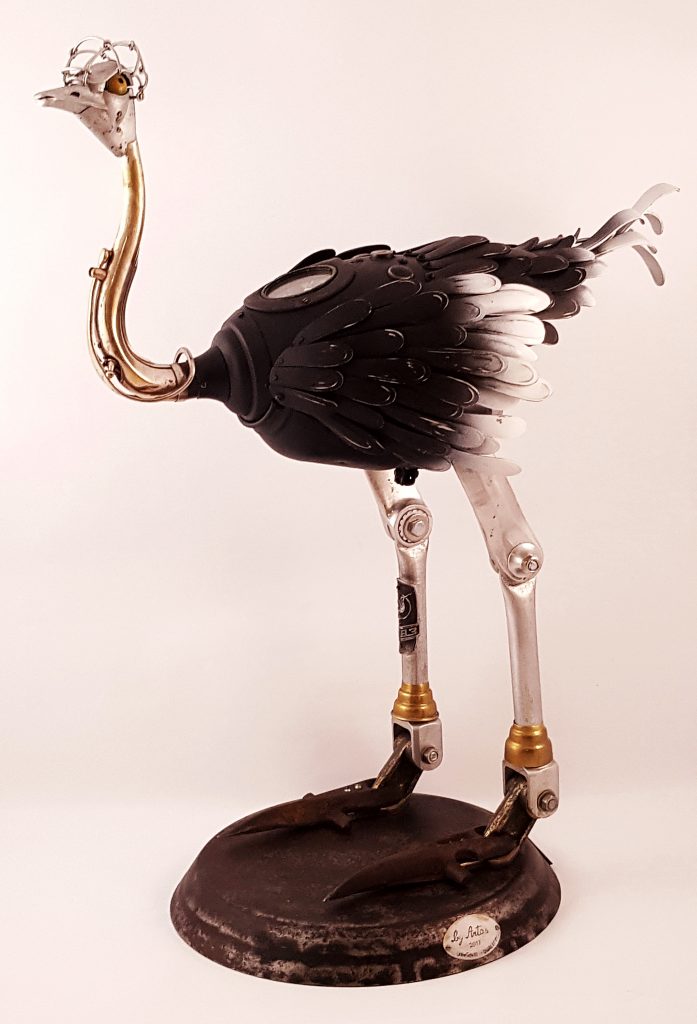 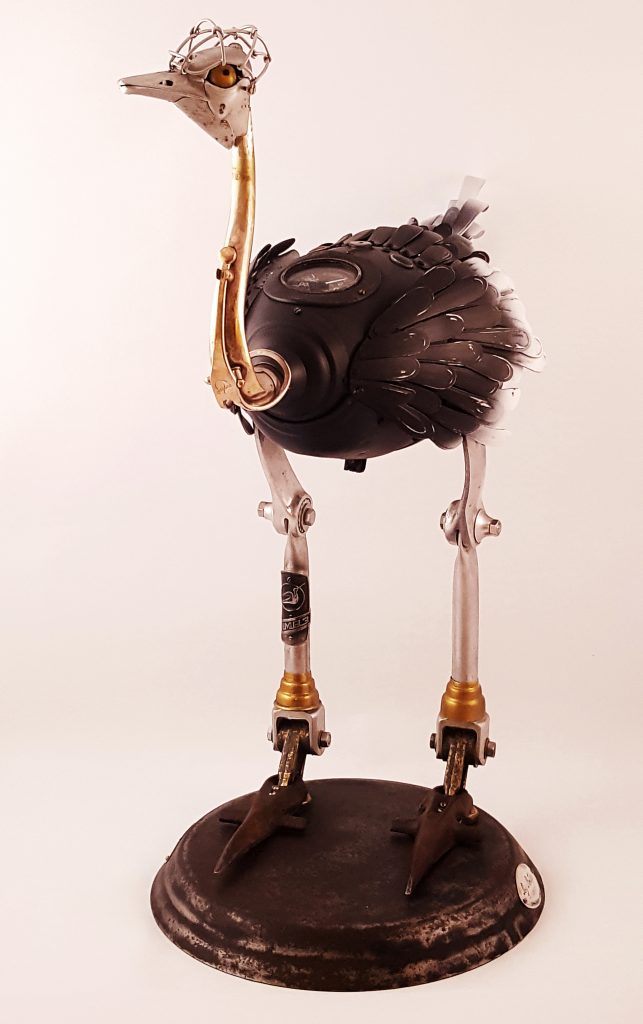 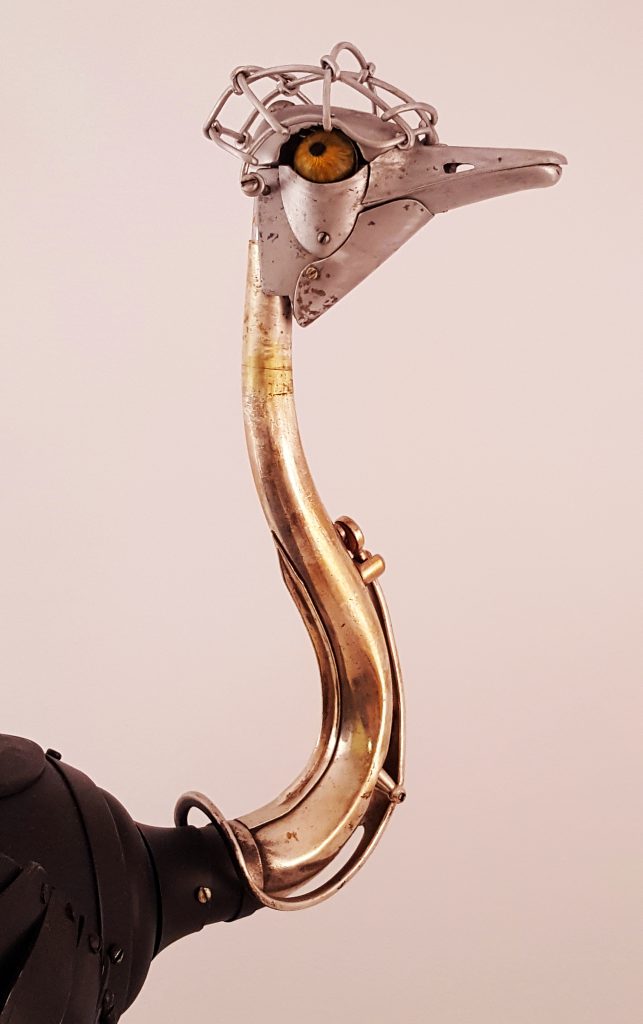