Dragster. The first idea that came up to my mind as soon as I saw a saxophone was – yes, that will be a dragster. The instrument itself dictated me this insolent thought. Why not if this instrument has already been broken? However, I also needed other parts for this which would help to actualize my idea. Front wheels have been taken out of the old childish carriage. I have made rear wheels invoking the crowns of electrical kettles (samovar). A tip out of the pipe curtains served for the front of the car. A rear part of the dragster has been made of four parts: that‘s the part of a hookah, a flapper of a wind-instrument, a mark out of a Russian car “VOLGA“ and a bicycle lamp. A driver has been made of simulation. Clothing has been sewed for it and binoculars have been acquired to strengthen visibility. 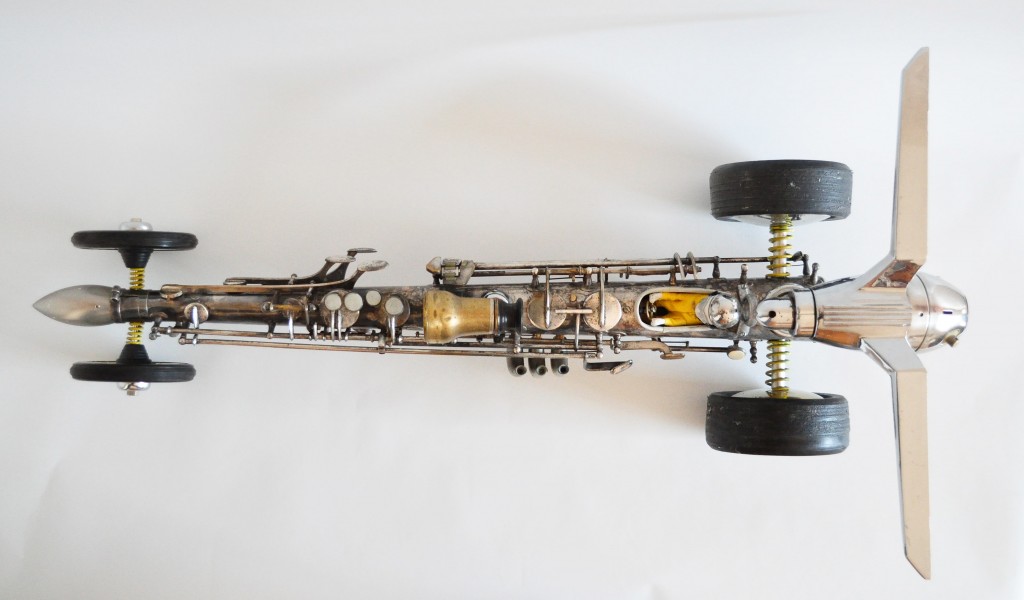 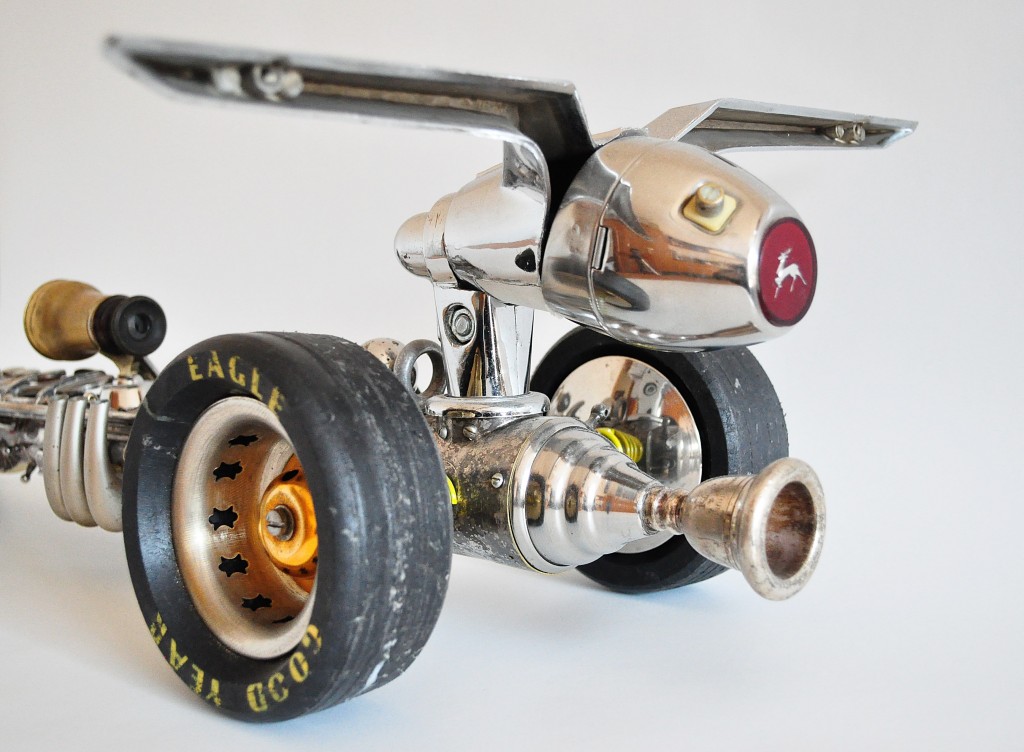 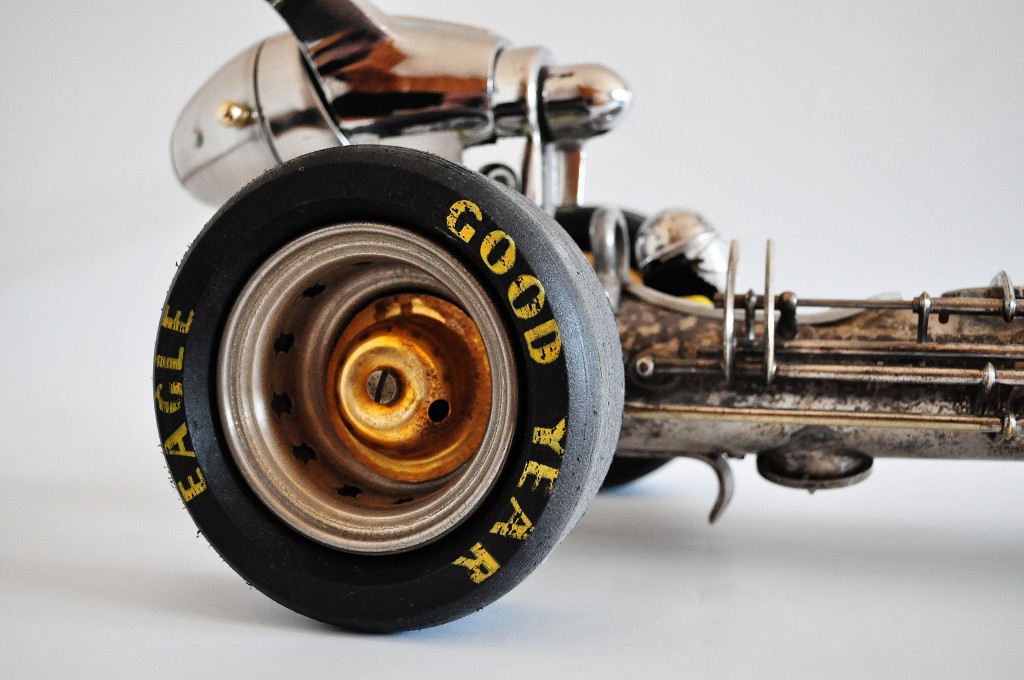