Bug. I do not even try to compete with nature, as that is impossible. Its created flora and fauna is inimitable. I see it in my own way through the imagination prism that I have created. I did not need a lot of parts for this metal insect. The body has been made of the spoon; the head has been made of two tea spoons with mustache fit to the clock. Two forks replace the legs of this insect. This living being is half-robotized, its body is decorated with the parts of the clock mechanism. I got a very interesting and odd bug. It is like a new species. 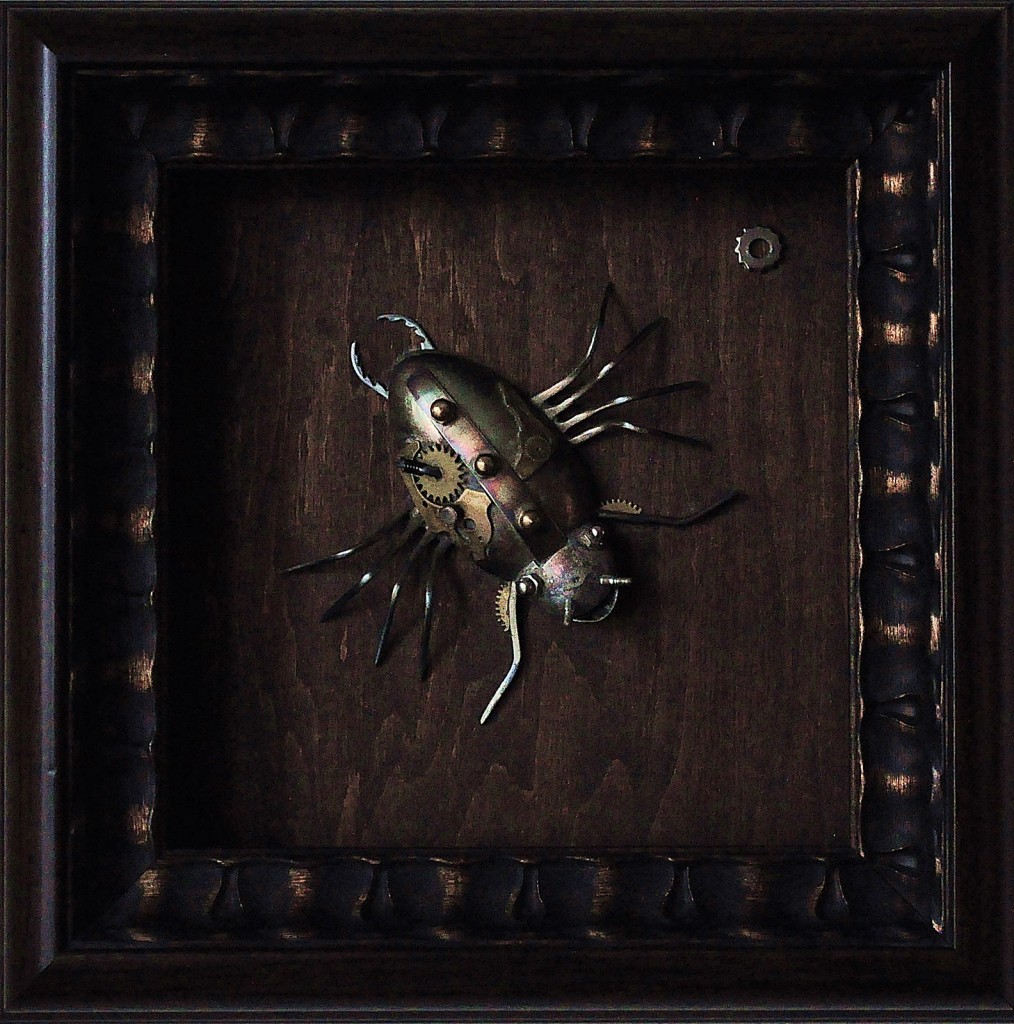 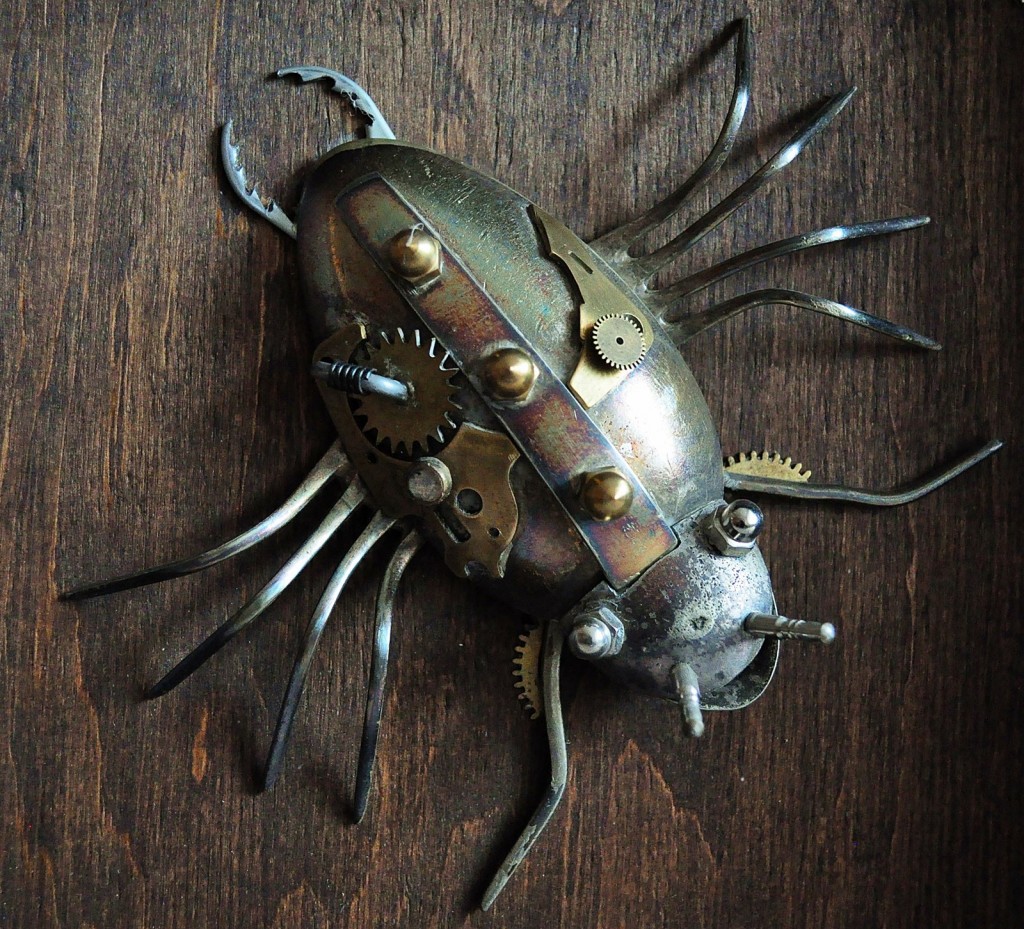 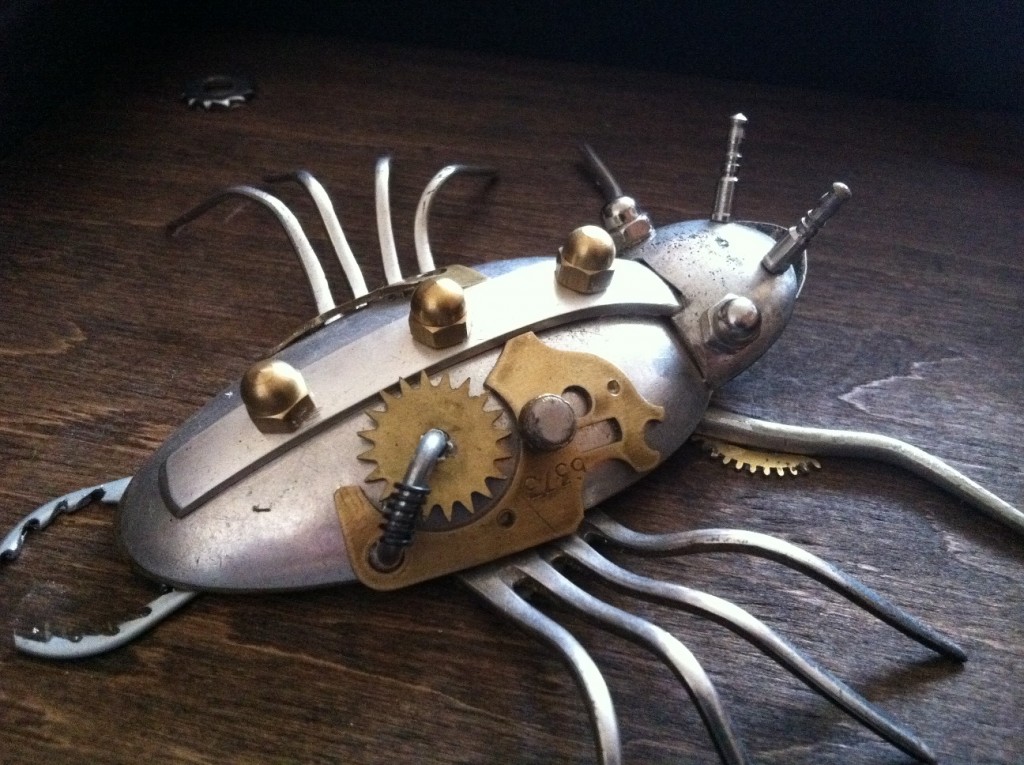