Sparrow. The part that I randomly encountered on the road and that reminded me the beak of the bird stimulated me to create assemblage. It appeared that it is a lighter that was crossed millions of times. I took it, inverted in my hands and decided – you will be the beak of the metal bird.

I had a dial of an old clock (alarm-clock) next to me, therefore, I have used it as a head. I had to do the head and wings of the sparrow on my own,- the material that I used was a brass plate. I put a cap on a head that has been made of the same corps and covered it by the green platinum. A background on which that bird has been mounted has been made using a wall decoration technique. How is it going to be – a bird without an egg? Only eternal question – who is first? 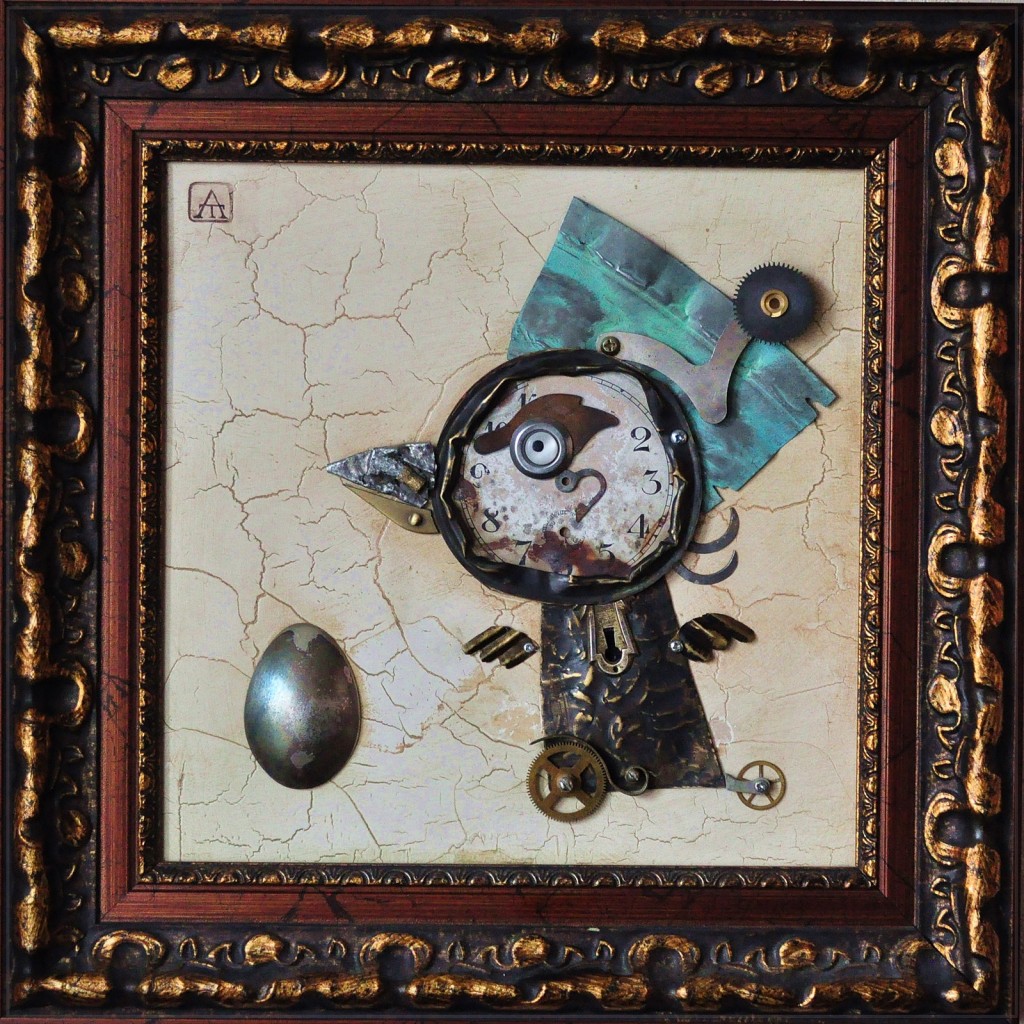