Snail . I am a regular visitor of scrap metal yards. There I can find different items for my work. This time I was attracted by a turbine. First thought that came to my mind was that it could serve as a snail shell, and the body could be perfectly made of an engine cover from an old soviet motorcycle. The parts suggested an idea this must be no ordinary snail, but rather a snail-racer. I even had to install a speedometer and a ringleted metal trumpet issuing an audio signal. I made the head of the snail from two hookah sets. In general, I’ve made a very slowly hurrying racer. 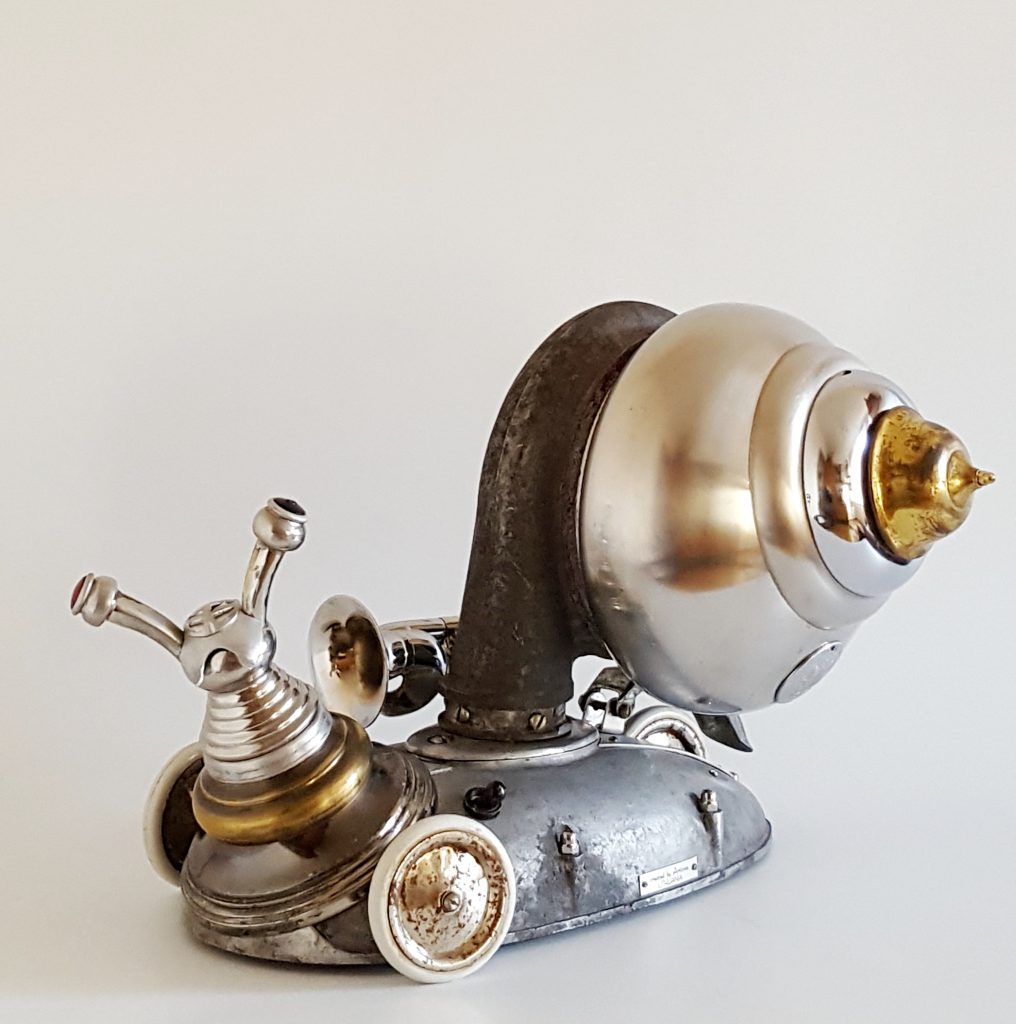 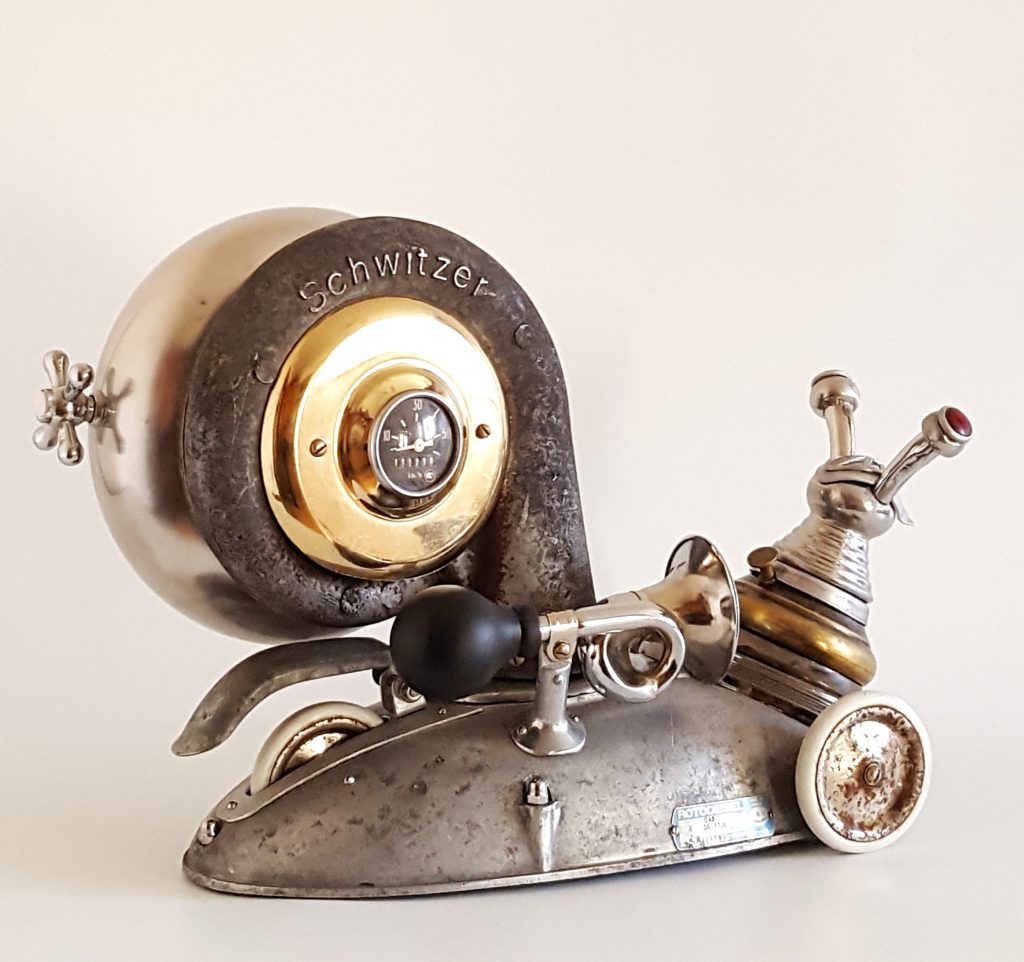 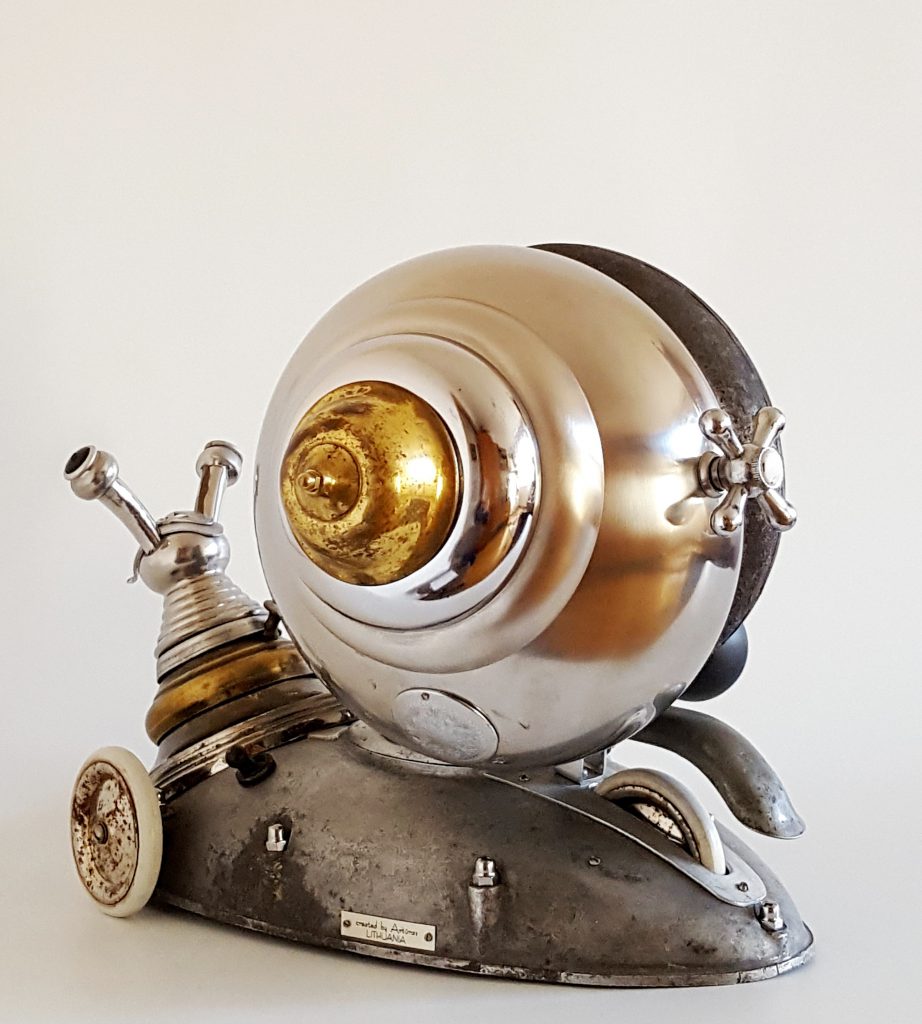 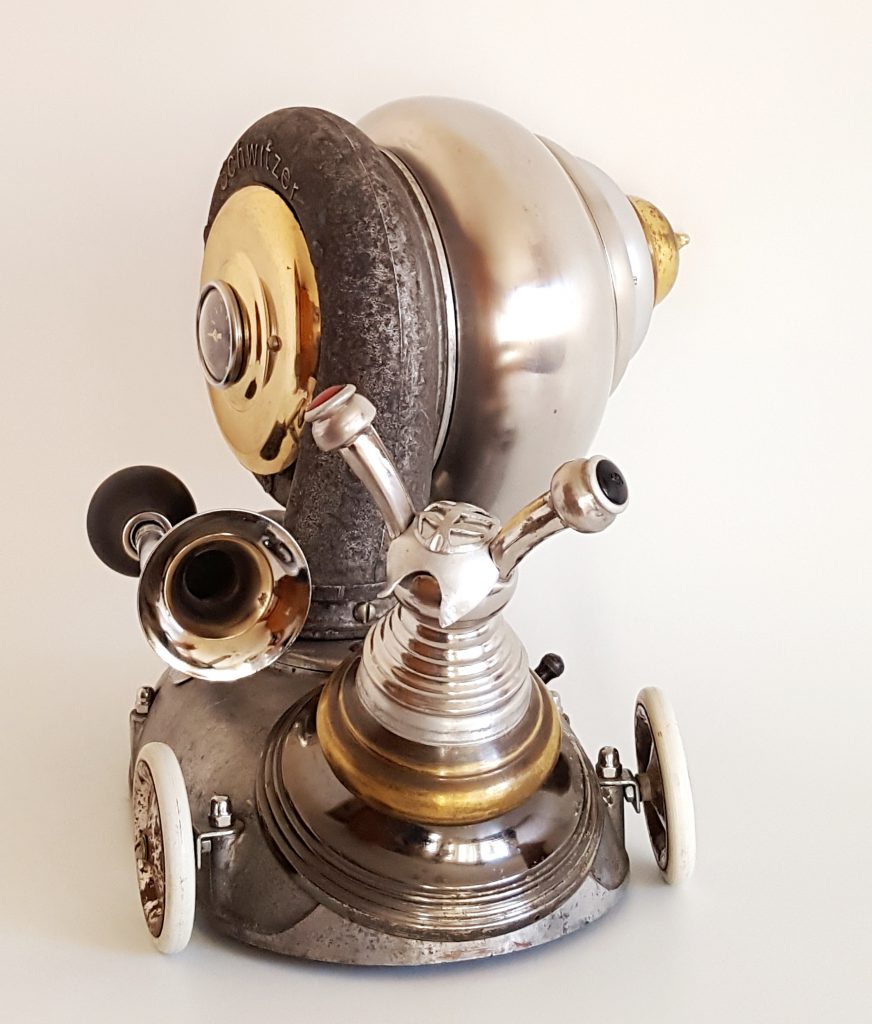 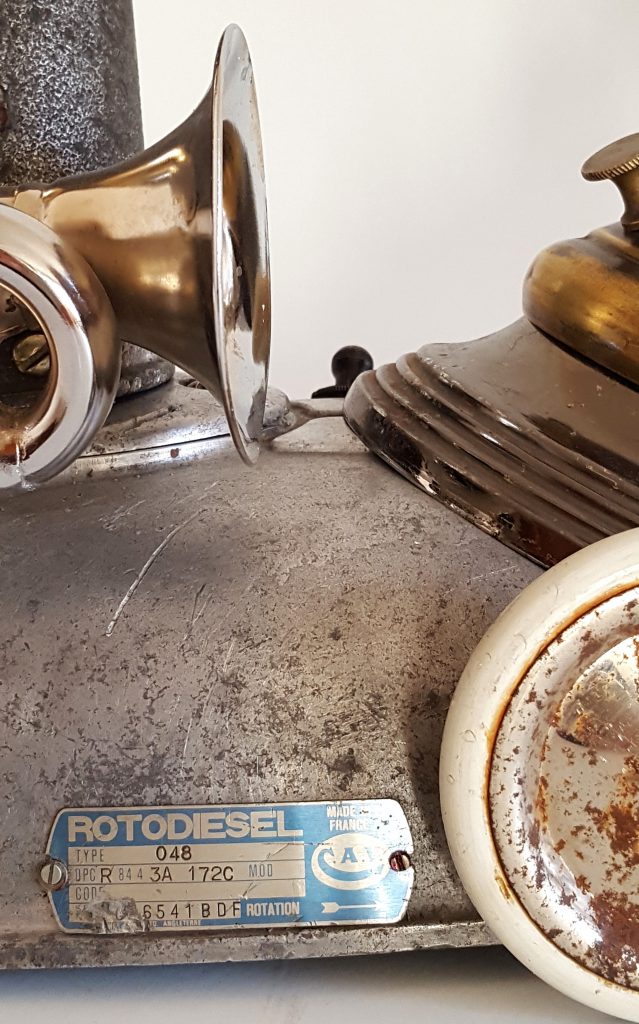 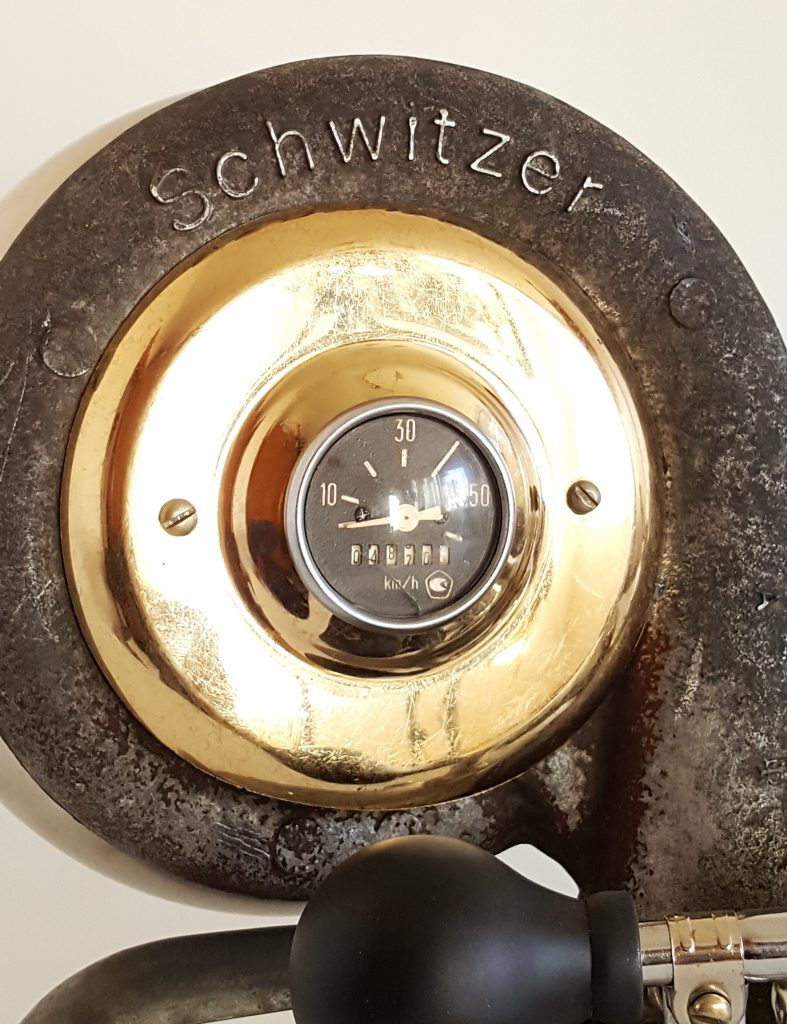