Morse. The emergence of this sculpture was initiated by the old scissors which was received from the aunt to chop the fins. Their curved shape fated this scissors to become hawthorn. Later everything self-assured. Again everything turned into the feeling as if I‘m creating the animation movie character. That‘s the way it goes by itself, as I‘m trying to represent each animal with unusual attributes and shapes. Then they become interesting, even funny, but it‘s exactly my wish and my purpose – to cause curiosity in people and reward a smile. I think that a good dose of humor haven‘t hurt anyone until now.

Some time ago I had created a walrus but it was much smaller. It completely surpassed my expectations. That‘s a real diving champion. 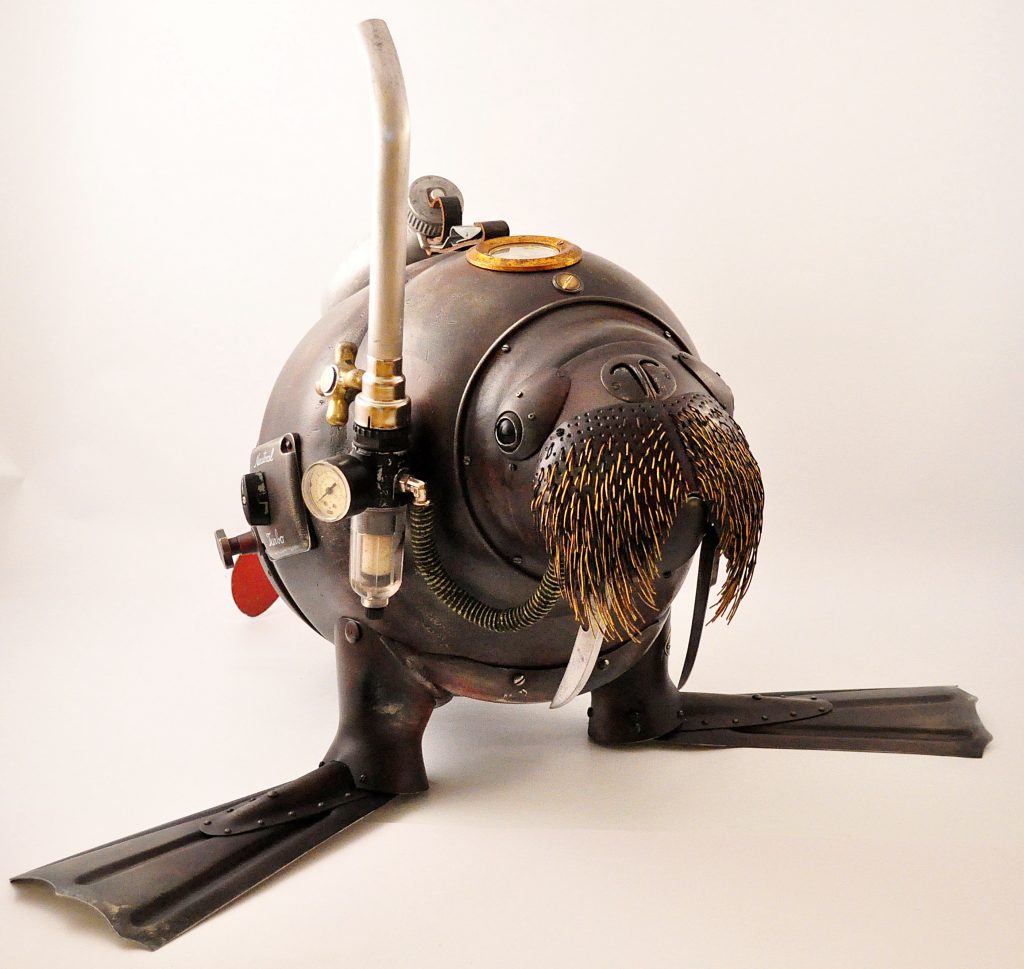 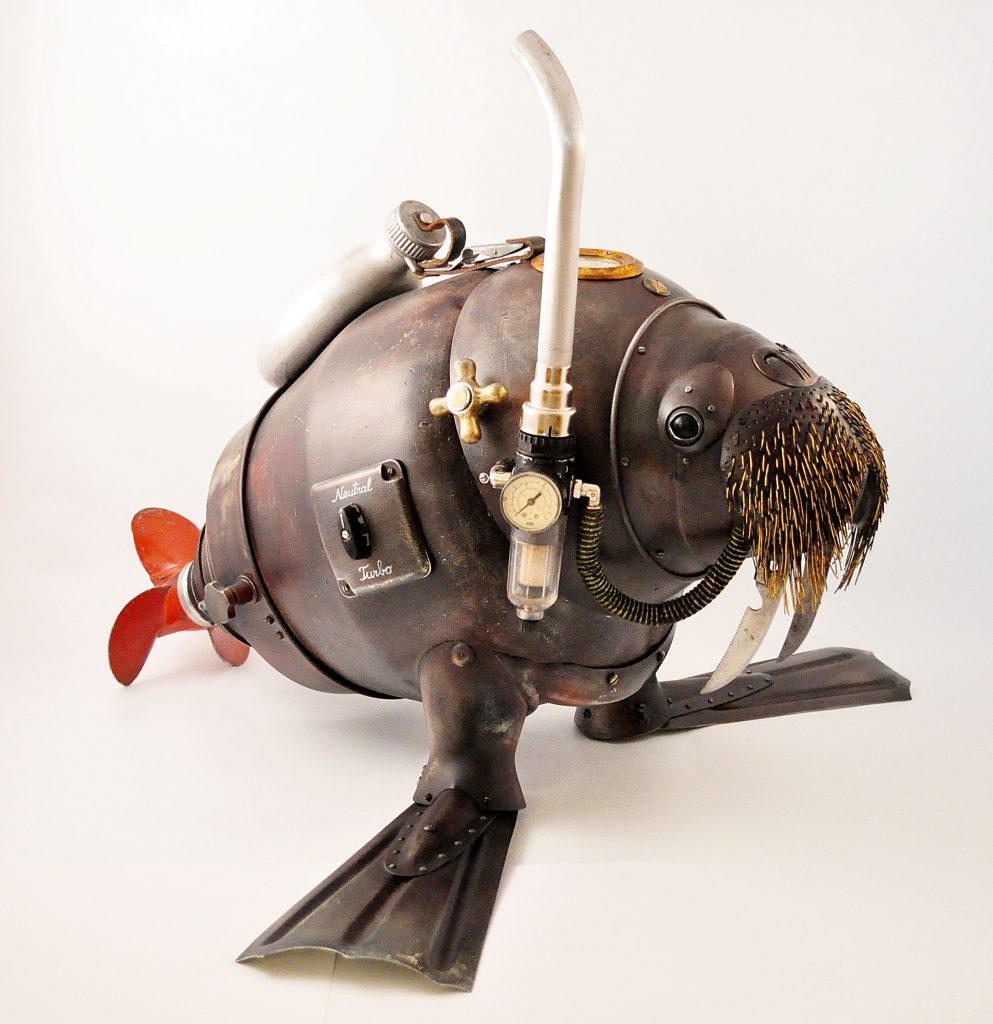 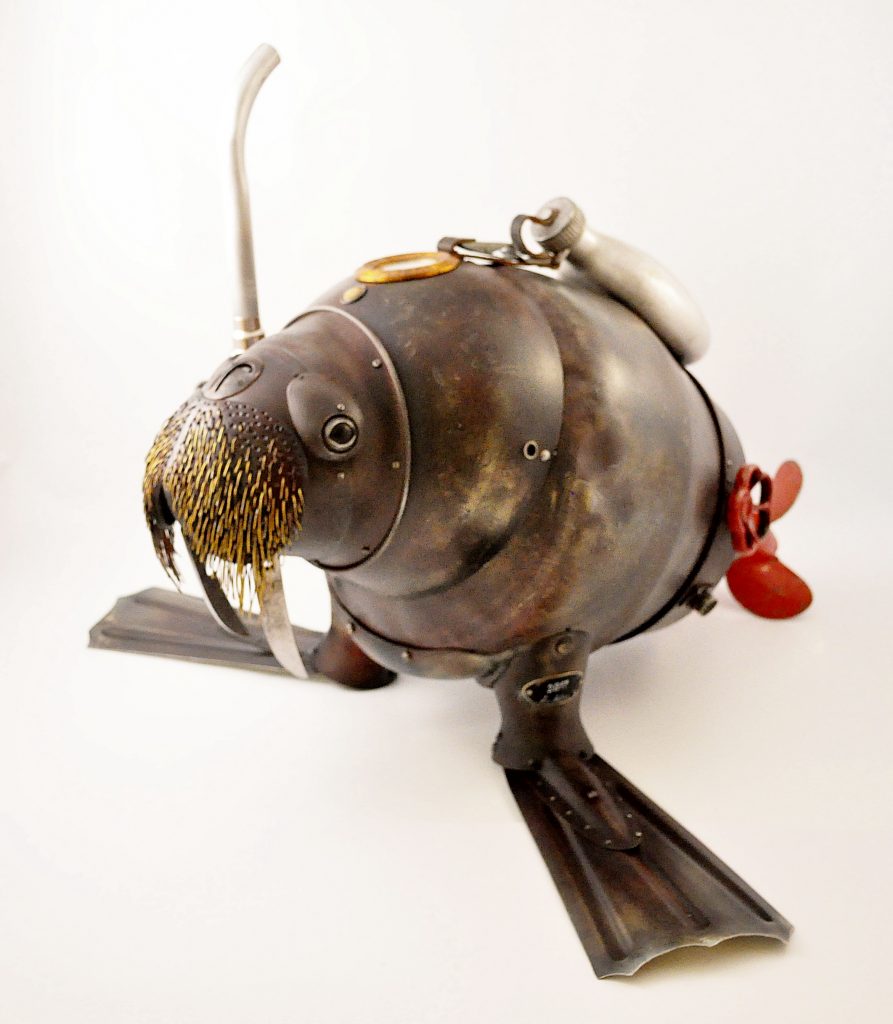 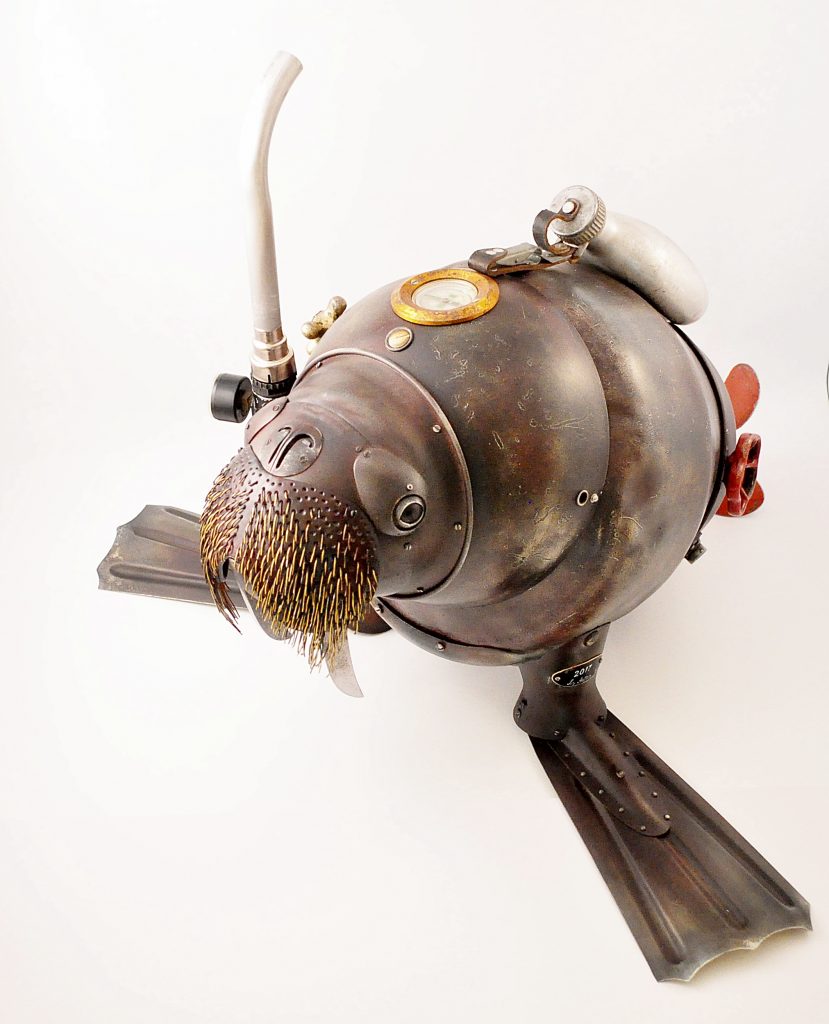 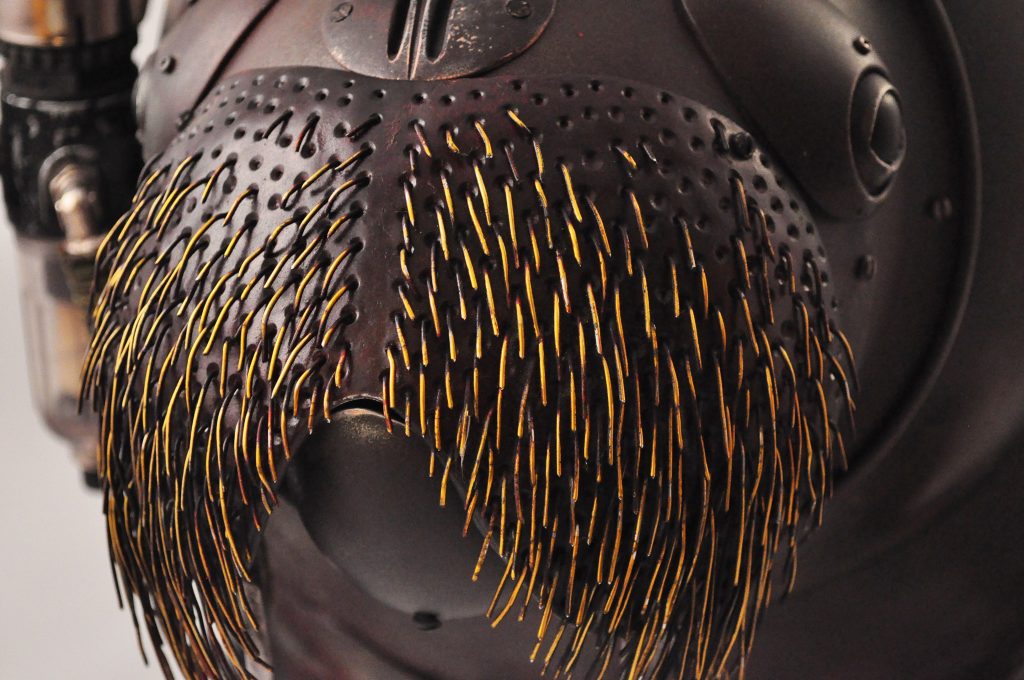 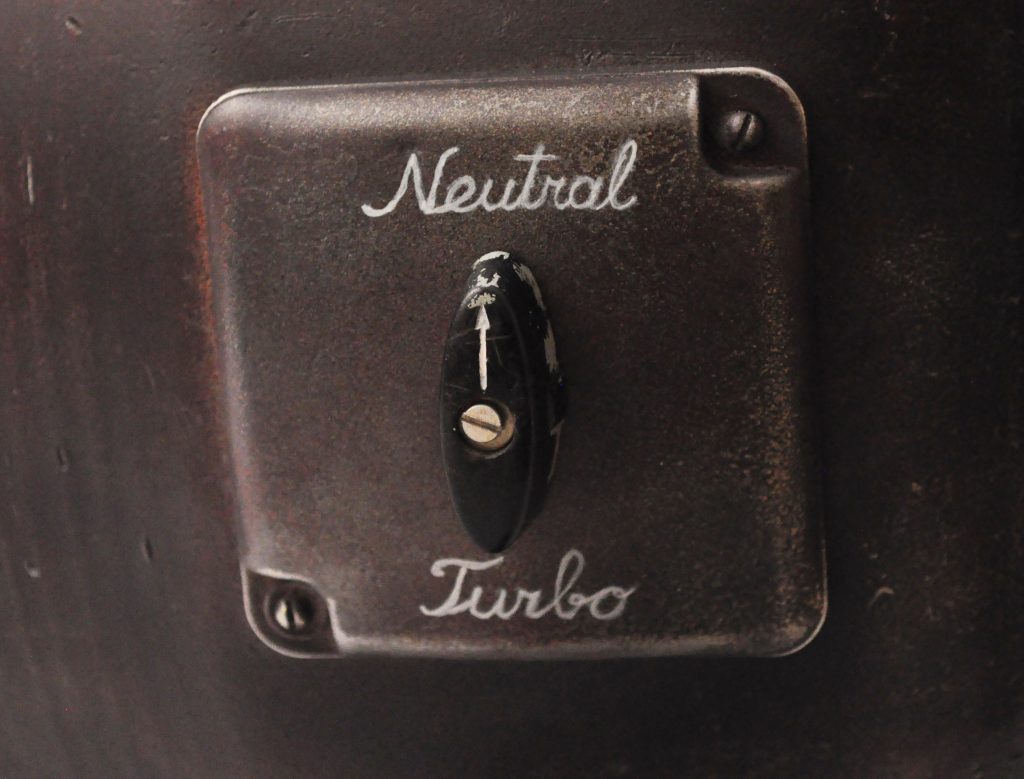